The WB
The Wayans Bros. is a American sitcom that aired on the WB Network from 1995 to 1999. The series starred real-life brothers, Shawn and Marlon Wayans, who both were best known from their roles on In Living Color on FOX.

The show follows the misadventures of Shawn and Marlon Williams, who are brothers that live in a apartment on 117th Street in Harlem with their father Pops, who also has his own diner. 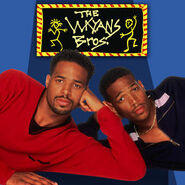 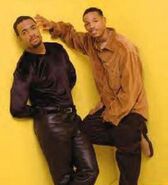