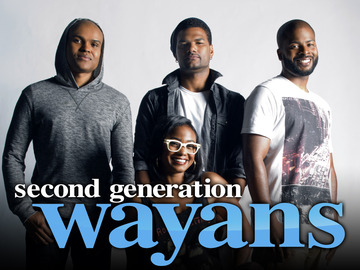 Second Generation Wayans is a 2013 American scripted comedy series that premiered on BET on January 15, 2013. The show was created by Damien Wayans, Craig Wayans, and Devon K. Sheperd and the production company, Second Generation Productions. The series' executive producers are Damien Wayans, Craig Wayans, George O. Core III, Marlon Wayans, and Rick Alvarez. The show was not renewed for a second season.

Nephrews of the comedic Wayans brothers, also known as the next generation of the Wayans family, try to find their own success in Hollywood by starting their own production company after struggling to break through in show business as all they did was use them to get to the other members of the Wayans family. In the season 1 finale, the trio get their movie produced.